On August 30th, 1981, a dedicated group of people interested in starting a new congregation met at the home of James and Emma Bingham.  Attending the meeting was Pastor Lorenz a representative of the English District, LCMS.  Starting in October of 1981 services were being led by Pastor Richard Meibohm (October 4th 1981 to July 25th, 1982) at the Benson Women's Club.

PITV was officially incorporated in the State of Arizona on November 5th, 1981.  From August 1st, 1982 to November 7th, 1982 Pastor A. Avery, who was sent by the LCMS Mission Board, preached and completed a survey of Benson.  Charter Sunday was held on October 30th, 1982, where the 26 founding members signed the charter.

On June 17th, 1985 PITV officially joined the LCMS by signing the constitution at Concordia Teachers College, River Forest, Illinois.  Services were held in a building on 6th and Gila in Benson that was purchased from Apache Powder Plant.  The last service at this location was January 19th, 2003.  Groundbreaking for our current location was done on February 13th, 2000.  The building was constructed primarily by volunteers who put in many, many hours.  The first service at our current location was on April 13th, 2003.

We now have a columbarium and memorial garden that was built in 2013 thanks to memorial funds and volunteers. 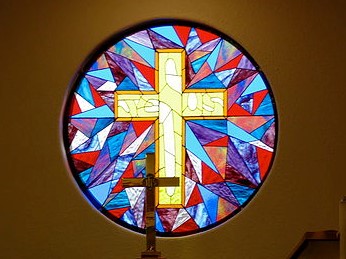 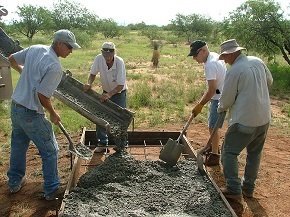 Work on the Columbarium in 2013 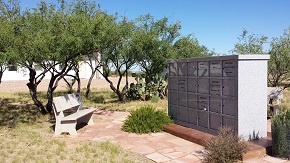